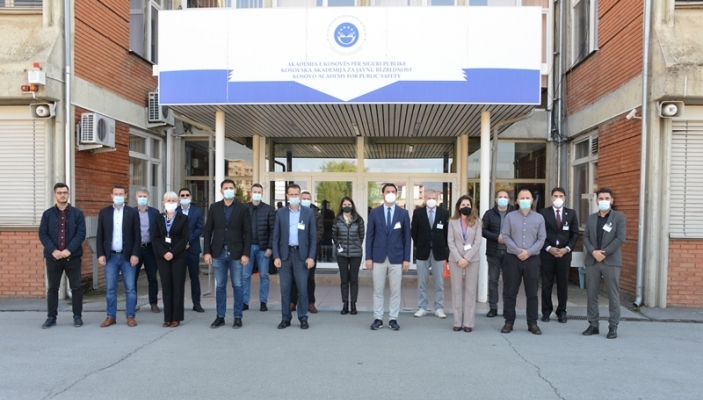 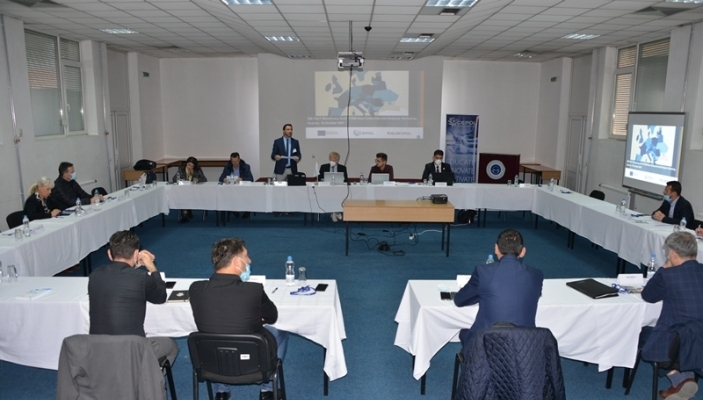 Vushtrri, 19 October 2021 - At the Kosovo Academy for Public Safety it was held the first Beneficiary-level Workshop aiming at Operational Training Needs Analysis (OTNA) Data Collection and Analysis. This activity is part of the Western Balkans Partnership against Crime and Terrorism (CEPOL WB PaCT).

During the Workshop, participants appreciated the project in question aims capacity building of officers in the field of Public Safety.

Florentin-Dumitru Dicu, Project’s Senior Officer, welcomed the participants and explained that implementation of the Project in question is very important for the law enforcement officers. He said that, starting already from the next week, five Kosovo law enforcement officers will benefit from participating in a training at CEPOL Headquarters in Budapest.

Moreover, he also talked about the other three projects of CEPOL in the other regions, as well as the Components of the WB PaCT Project.

Whereas the Project’s Short-Term Expert, Peter Davidson, emphasized the already cooperation Kosovo has had so far with the CEPOL, including the Exchange Programme, and explained in details the scientific approach on conducting the training courses, including training of trainers. Furthermore, he mentioned that the CEPOL’s approach is to cover all the training fields based on the needs of the law enforcement officers, focusing on relevancy, areas, level and the numbers.

Albert Avdiu from the Ministry of Internal Affairs also welcomed the participants, emphasizing the support that is given to the Project by this Ministry.
Avni Istrefi from Kosovo Academy for Public Safety (KAPS), CAPASPOC of the WB PaCT Project for Kosovo, said that this workshop will be widely used for the benefit of the Kosovo Law Enforcement Institutions, emphasizing the great network KAPS already has with all the law enforcement agencies.

Whereas Kadri Arifi from Kosovo Police (KP), ANASPOC of the WB PaCT Project for Kosovo, focused on the importance of this Project it will have for the capacity building and operational needs of the Kosovo Police, as the main and the most important institution of the country for fight against crime and terrorism.

This Workshop is part of the Western Balkans Partnership against Crime and Terrorism (CEPOL WB PaCT), a project amongst of 4 projects in total the European Union Agency for Law Enforcement Training (CEPOL) is currently implementing within its international cooperation dimension, including also CT INFLOW, TOPCOP and the EUROMED Police.

In this Workshop there are present officials from CEPOL, Ministry of Internal Affairs, Kosovo Academy for Public Safety, Kosovo Police, Kosovo Customs and the Financial Intelligence Unit.

Otherwise, the WB PaCT Project reaches the total amount of 3,000,000€ and is implemented for 3 years, from 19 October 2020 until 18 October 2023. The project will be implemented through indirect management methods under the Instrument for Pre-Accession Assistance, the general objectives of which are to facilitate the capacity building of the authorities in the Western Balkans for the fighters of crime and the organization and terrorism, the efforts and the fight against extremism forcibly set up along the border within the region and with the EU.