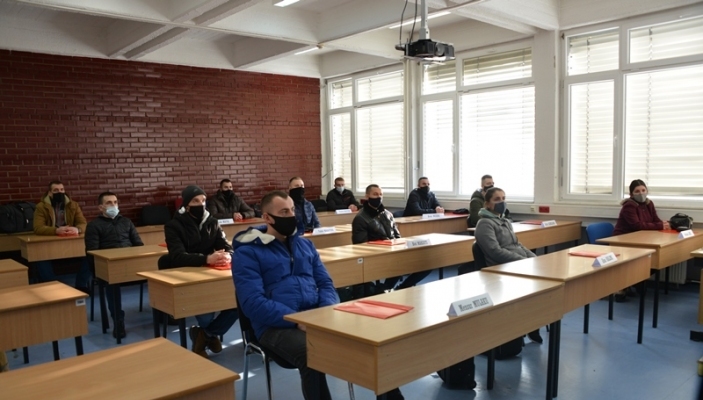 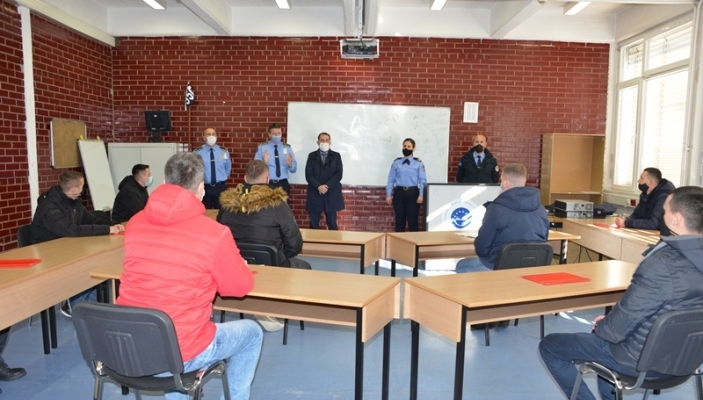 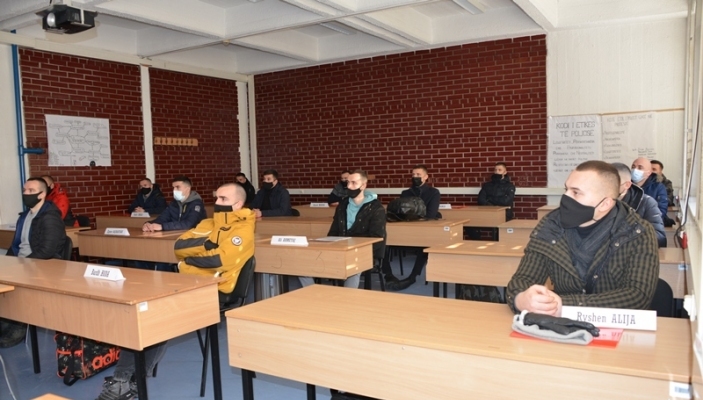 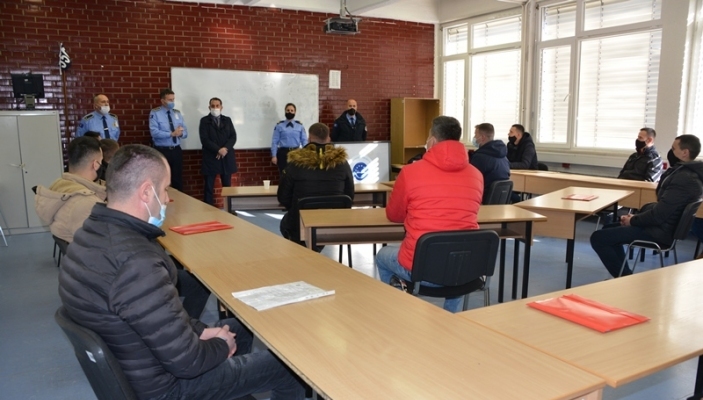 On occasion of the beginning of basic training, cadets were greeted by the acting General Director of the Academy Rrahim Rexha. Rexha by offering continuous support to all public safety officials trained at the Academy encouraged the cadets in their journey and wished them success.

The young cadets were also greeted by the Director of the Directorate for Basic Training of the Kosovo Police Agron Rukiqi. Wishing success to the cadets, Rukiqi spoke in front of them about the protective measures against Covid 19.

Number of new cadets who will be trained according to the designed program plan based on international standards for human rights and the rule of law is 207.

Otherwise, the Kosovo Academy for Public Safety, according to the decision of the Government of Kosovo has taken all measures for protection against the COVID-19 pandemic, so that the training begins by respecting all the recommendations of the National Institute of Public Health.