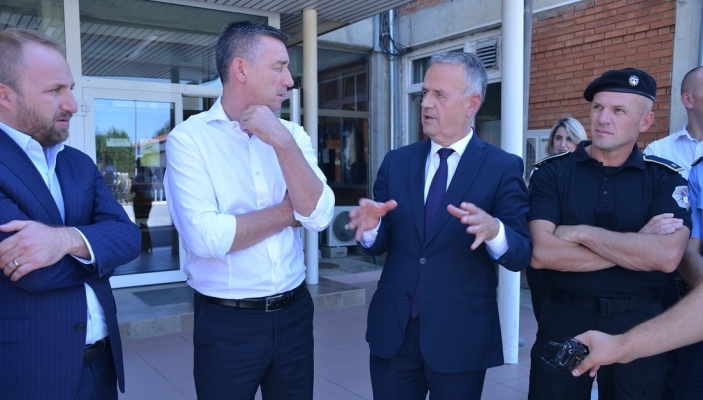 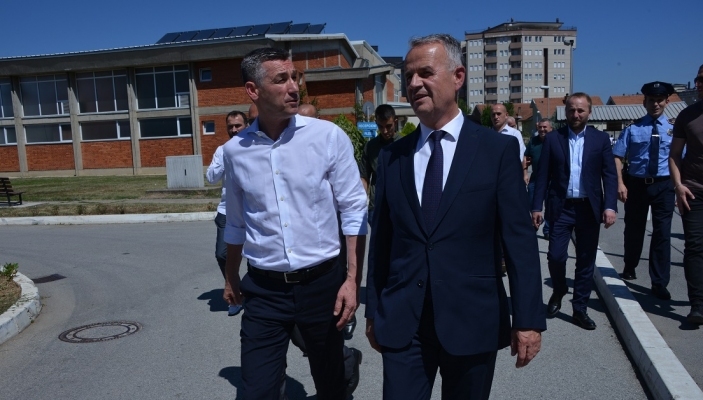 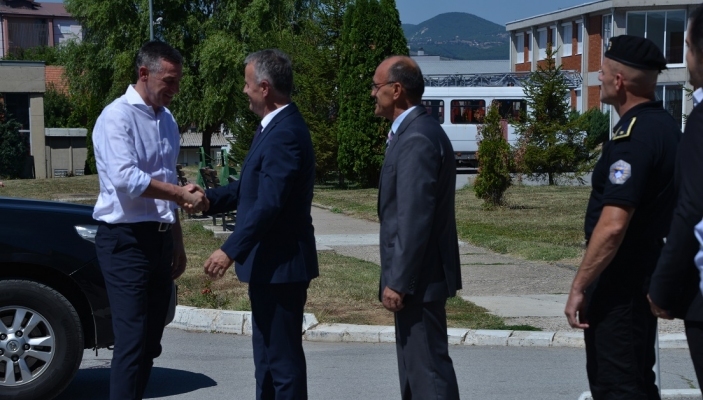 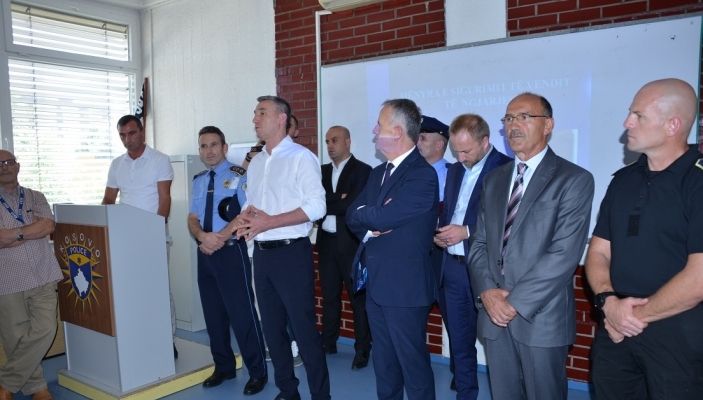 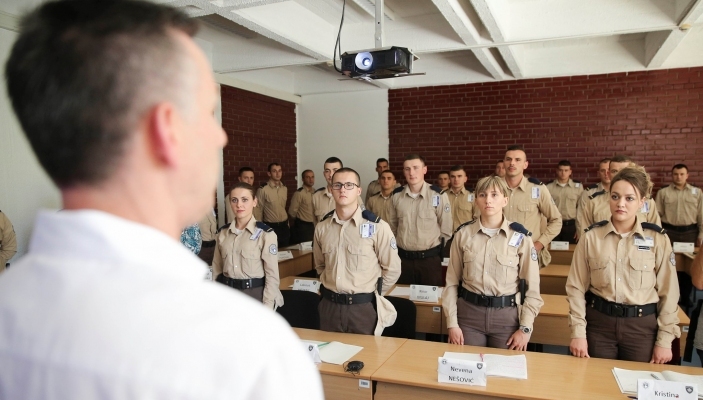 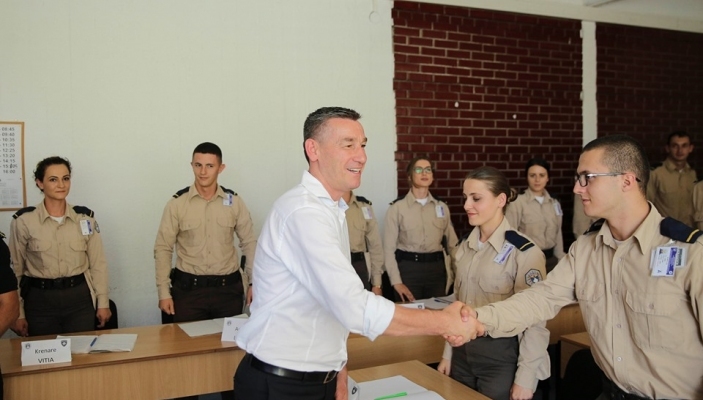 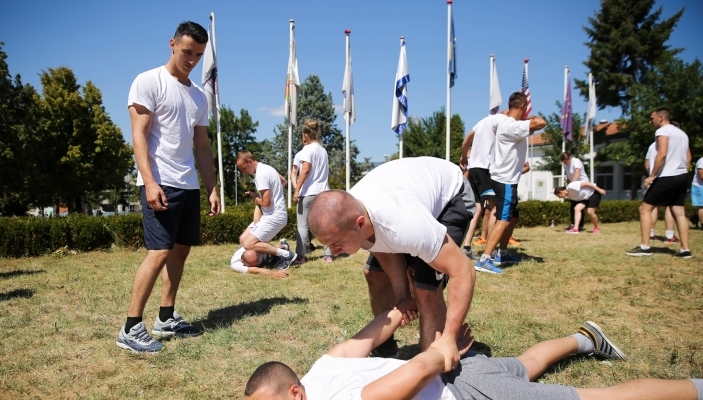 Director Smakiqi briefed Veseli on the international accreditation that the Academy received from the International Association of Directors of Standards and Law Enforcement Training (IADLEST) of the United States in May 2018, after nearly a year of evaluation by the team. experts of this Association. All Vocational Programs are accredited to the National Qualifications Authority, while the Study Program is accredited and Re-accredited by the Kosovo Accreditation Agency, Smakiqi concluded.

. Whereas, the Speaker of Parliament of the Republic of Kosovo, Kadri Veseli, encouraged the cadets of the Kosovo Police for their decision to join the Kosovo Police, which he said has the credibility of the most reliable institution in Kosovo and the region. “You are also attending training at the Academy were accredited programs are   leading in the region about the quality, ”said Speaker  Veseli.

The Speaker of Parliament of the Republic of Kosovo, Kadri Veseli, also visited the premises of the Academy by meeting and talking with Academy officials, Public Safety Agencies, students and cadets of the agencies.