The regular board meeting was held at the Academy 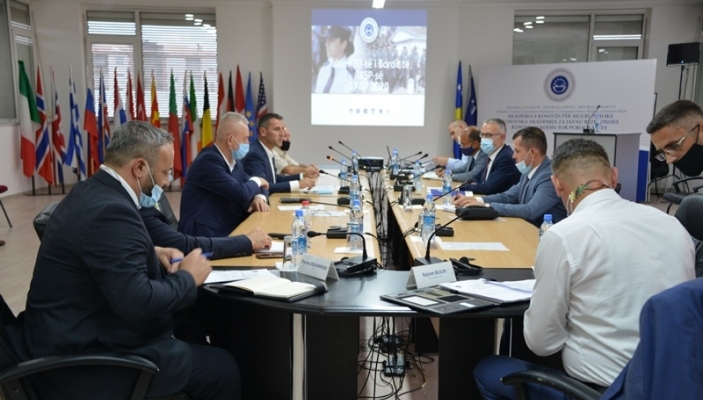 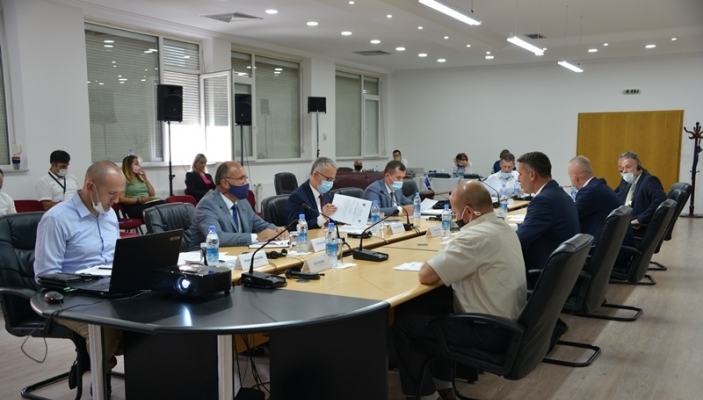 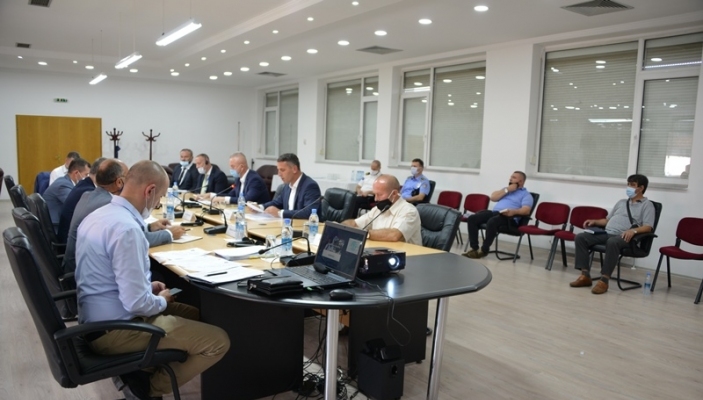 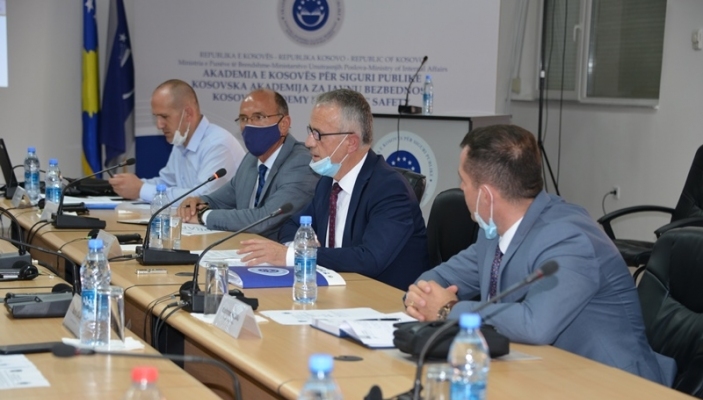 Vushtrri, 27 July 2020 - At the Kosovo Academy for Public Safety (KAPS), today the Board held its 33rd meeting, they discussed about the method and process of admission of students to the Faculty of Public Safety at the Academy for the new year academic 2020/2021.

At the request of the Agency for Emergency Management, for the allocation of quotas for Public Safety Institutions in basic bachelor studies for the academic year 2020-2021 at the Faculty of Public Safety at the Academy, the KAPS Board decided to allocate 8 more places for students from this agency. Now the total number of students who will be admitted to the Academy will be 65.

Director of KAPS Ismail Smakiqi said that the Academy has previously expressed readiness for admission of students in accordance with the needs, ie planning to increase the capacity of agencies. Director Smakiqi also informed the Board about the start of the working group for the revision of the profession standards for Public Safety Agencies, ie the new accreditation process of the Academy and the validation of vocational programs, by the National Qualifications Authority.