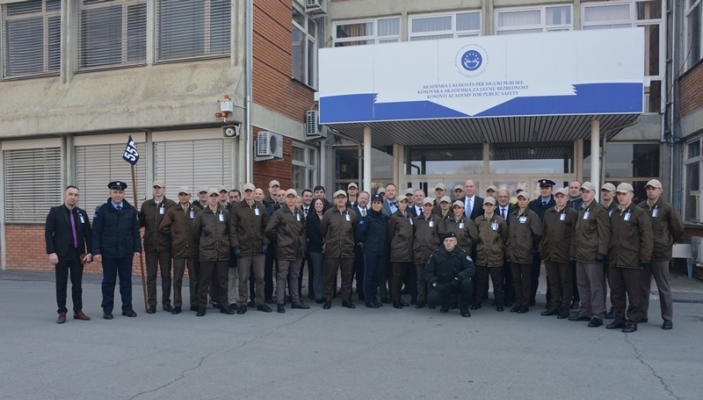 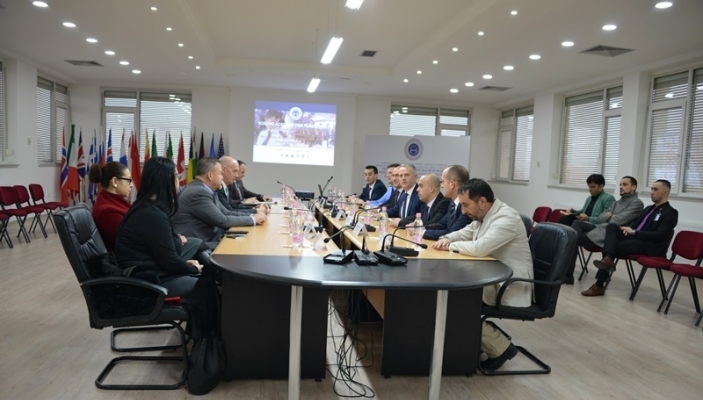 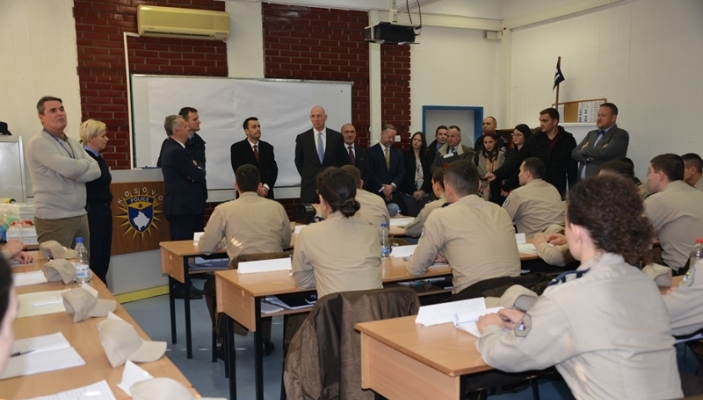 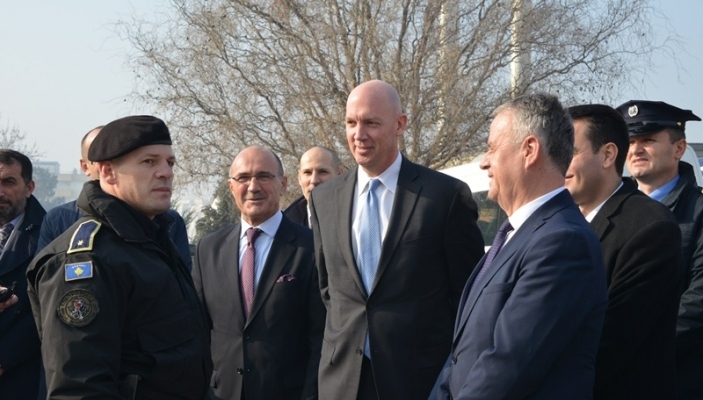 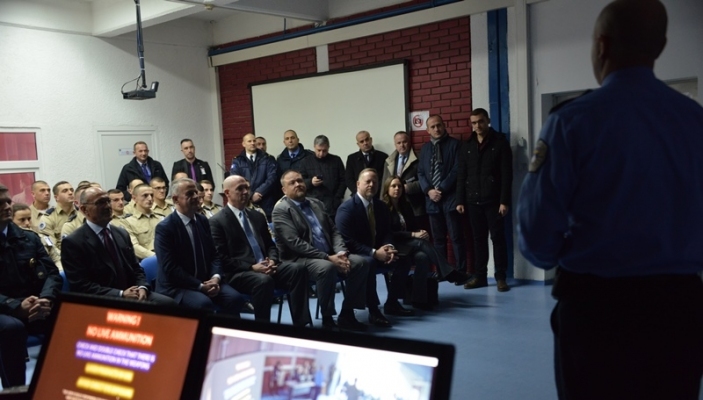 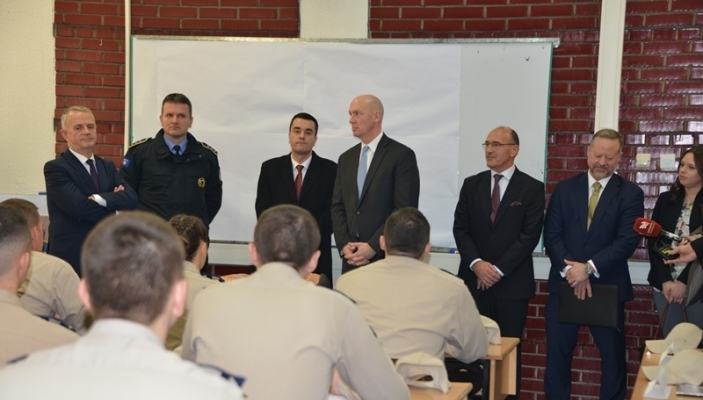 Deputy Assistant Secretary Andrews was welcomed by the General Director of the Kosovo Academy for Public Safety Ismail Smakiqi, Dean of the Faculty of Safety at the Academy Bejtush Gashi, along with senior leaders and representatives of public safety agencies.

Welcoming Andrews, Director Smakiqi thanked him for visiting and support of the United States of America, the US Embassy in Kosovo, ICITAP, International Bureau of  Narcotics and Law Enforcement Affairs (INL) leaded by Andrews.

Presenting the development of the Academy, Director Smakiqi said, “The Academy was founded by American Steve Bennet, who was engaged by the OSCE in 1999 with the mission of establishing a local police force including the Kosovo Police Service School. Steve Bennet Lead this school until 2006, in which case schools gradually begins the transition to management by locals.

At all stages of the Academy's development, relevant US institutions, ICITAP and international partners as OSCE and the European Commission has supported the Academy in capacity building of the Public Safety Agencies. ”

Director Smakiqi thanking Andrews added that “The International Bureau of Narcotics and Law Enforcement Affairs (INL) in 2017 has donated to the Academy the equipment of the Firearms Simulation Training (FATS) for the training needs of Kosovo public safety officials , which is the only one of its kind in Kosovo and the region ”.

Whereas, Deputy Assistant Secretary Andrews thanked Director Smakiqi for the welcome and information on the developments in the Academy, the challenges this institution faces and the needs for further development.  Andrews was impressed with the developments in the Academy, which operates and works based on international standards as well as the international accreditation that the Academy has obtained from IADLEST.  He said that the State Department he leads and his colleagues representing the Department of Justice will continue to work together to support the Academy to provide professional training and equipment needed for better training for the Kosovo Police.

A police force is stronger and healthier when gender and ethnic representation is balanced," said Andrews.

The delegation continued with a visit to the Academy campus, including participation in cadet exercises in the Academy's premises and the Firearms Simulation Training Facility (FATS).