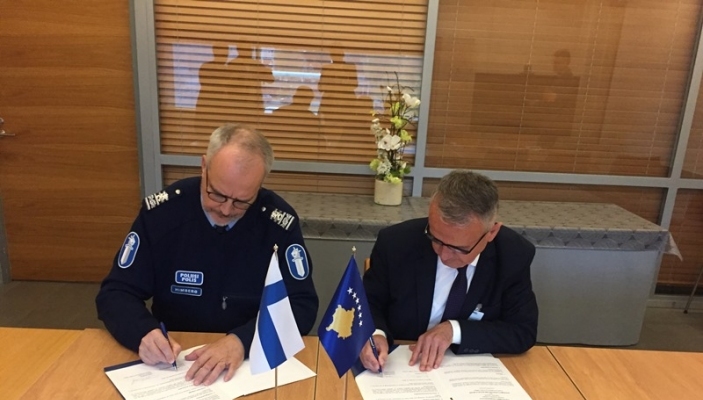 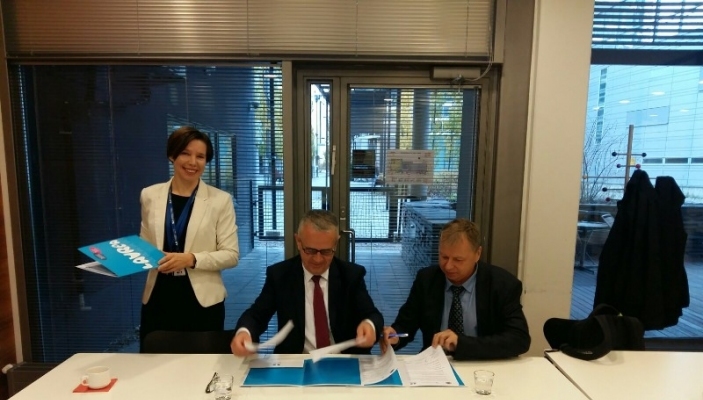 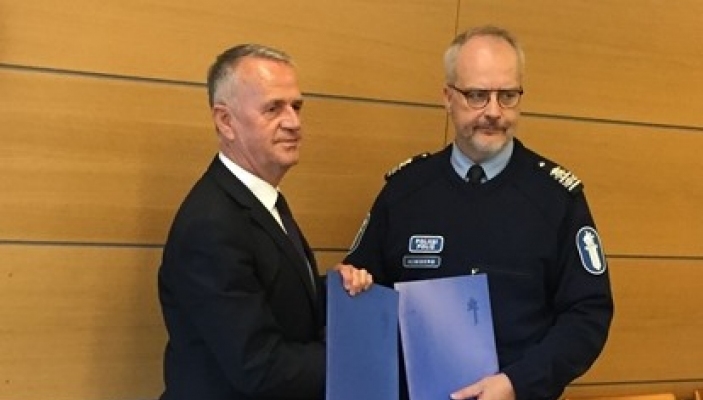 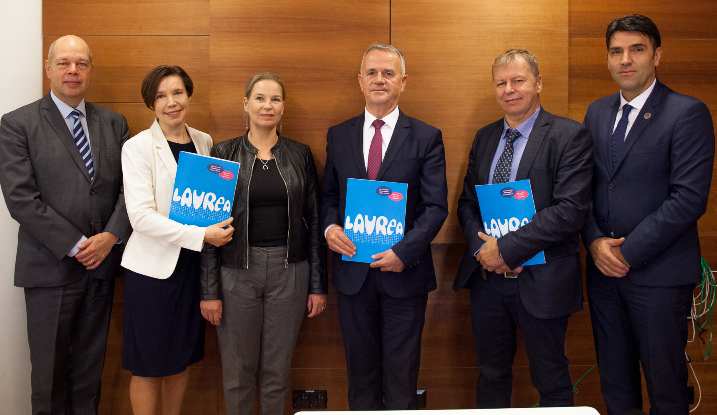 Finland, 21 October 2019 – Director General of Kosovo Academy for Public Safety (KAPS) Ismail Smakiqi, accompanied by Avni Istrefi Head of office for foreign affairs were for a official visit in Finland. During this visit was sign new cooperation agreement between Kosovo Academy for Public Safety, Training institute of prison and probation service and Laurea University of Applied science of Finland.

Purpose of agreement is continuance of cooperation between three institutions to support strategic objectives for long term period in field of training, high education, research and development as well as in public relations.

During this visit Director Smakiqi negotiate variety work activities that have strategic importance for future of Academy in sphere of international cooperation.

Further during the visit Director Smakiqi signed a new agreement on continuance of cooperation with University of Police College of Finland (POLAMK).

“By this agreement is decided the continuance of close cooperation that we had so far. Continuously support each other for mutual benefit, expressing readiness to contribute on further development of education, cultural, research and developing association”, said Smakiqi.

The agreement include development and pre-graduation and post-graduation studies, research and development connections, for near future in completely functionalization of all kinds of exchanges.
It was also said that the Academy highly appreciates the voluntary cooperation agreements of the institutions for the fact that KAPS has been accepted as a reciprocal partner with all the above mentioned institutions.

Smakiqi said that this is another encouragement in the way we are implementing the vision and mission of KAPS.

Among other things, it is worth noting that experts from POLAMK, RSKK and Laurea, Finland, have been part of the successful implementation of two twinning projects for the Academy: IPA "Improving Education in the Public Order and Safety Sector in Kosovo" and IPA II “Further support of public safety education in Kosovo”, projects funded by the European Commission with 1.5 million euros and 1.4 million euros respectively, which were implemented during the period 2012-2014 and 2016-2019 by the member states Finland and Estonia.

These projects have resulted in the establishment of higher education in the field of public safety at the Academy and the development of six vocational or professional curricula for the needs of the Kosovo Public Safety Agencies.

"In the framework of priorities based on the new Development Strategy 2019-2022 KAPS Kosovo Academy for Public Safety is continuing successful in achieving its objectives and strategic goals, as well as making significant steps forward in raising its level within the framework of internationalization and international cooperation with the respective institutions of EU countries ”, said Smakiqi.

During his official visit to Finland, the Director General of the Academy, Ismail Smakiqi, held working meetings with representatives and institutions mentioned above where the topic of discussion was cooperation on potentially EU funded projects. Also the delegation from Kosovo had working meetings with former experts of the institutions in question who were part of the implementation of two projects of the Academy during the period 2012 - 2019.