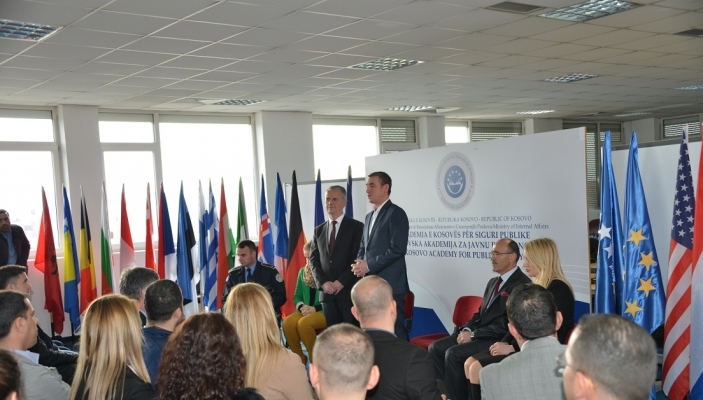 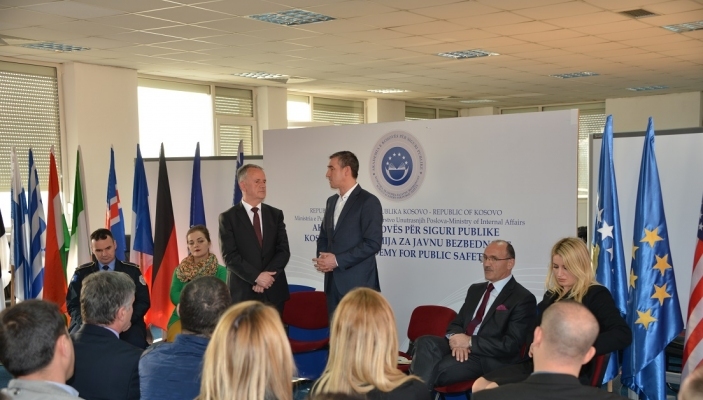 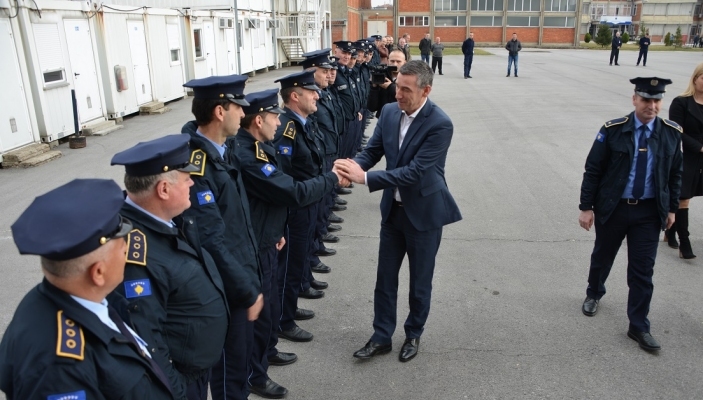 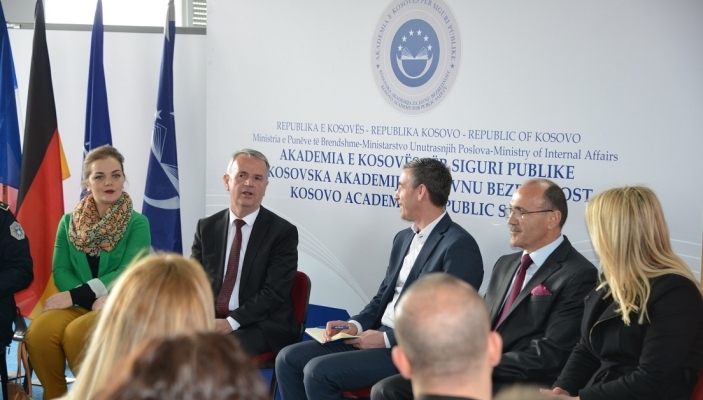 Director Smakiqi initially welcomed the President of the Assembly Mr.Veseli for the visit at the Academy, by informing him about opening of the Faculty for officials of security agencies. Subsequently Smakiqi spoke about the mission of the Academy, law enforcement training, indicating for the excellent cooperation with the main partners from the OSCE and ICITAP since the establishment of KAPS until today.  "We are on a good path to fulfill the requirements of all officials from public safety agencies that attend training and higher education, '' said Smakiqi.


Whereas Chairman  of the Assembly of the Republic of Kosovo  Mr. Kadri Veseli,  was satisfied about this visit at the Academy  concretely among those who are gardian of law enforcement, who play very important role in Euro –Atlantic path of our country. "We are very determined as an independent and sovereign country to meet each standard that is required from us and even more the standard of law enforcement” said Veseli.


By greeting Director Smakiqi   for the work and commitment and the success of the Academy Mr.Veseli praised that the success of KAPS is related with the international partnership
that is special since here as he said are created  cadre  which are related to the field of security.


During the debate with students of the Faculty of Security, where in the same time are  also  the law enforcement  officcials in their respective agencies, Chairman Veseli was interested about work conditions  and challenges they face every day in the institutions from which they come.

Students also raised questions of political actuality in our country.