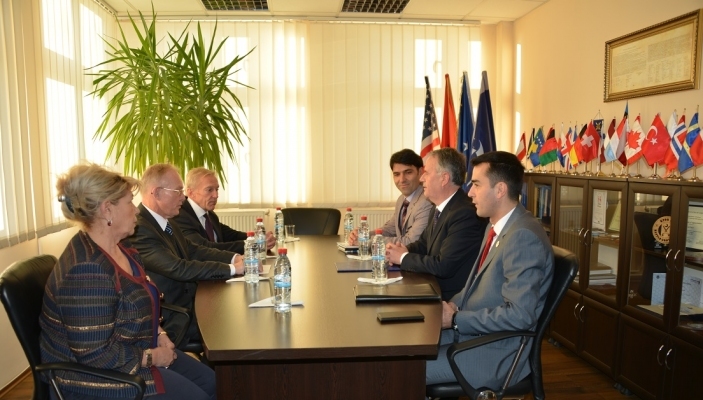 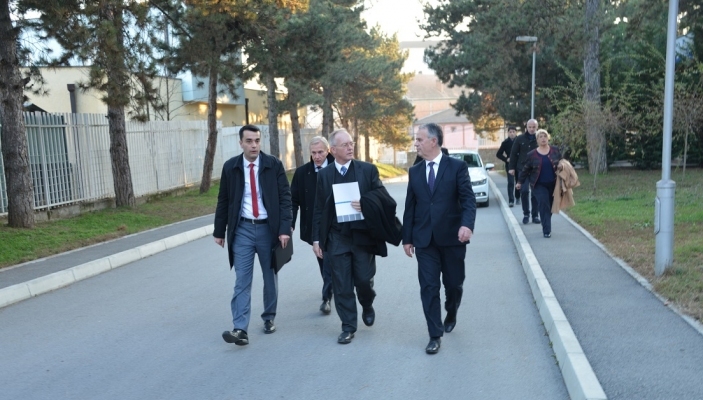 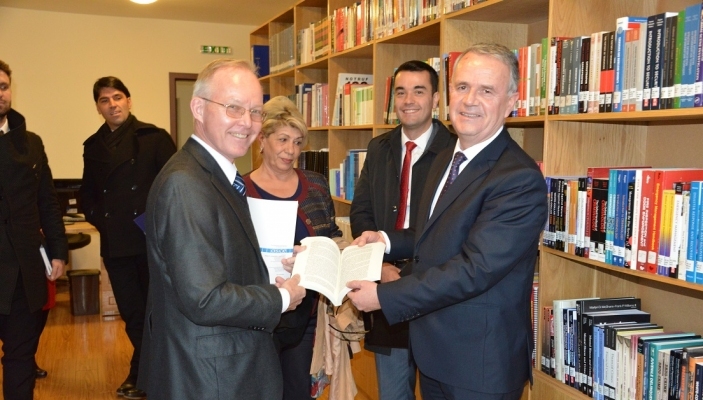 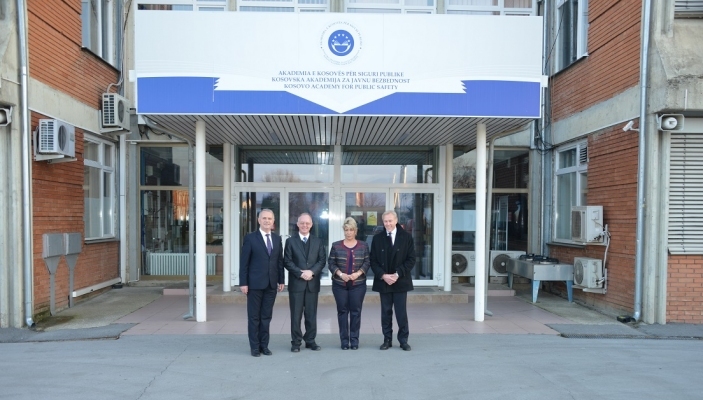 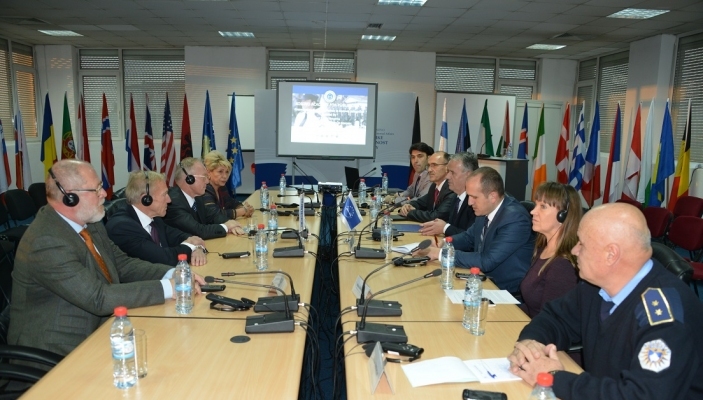 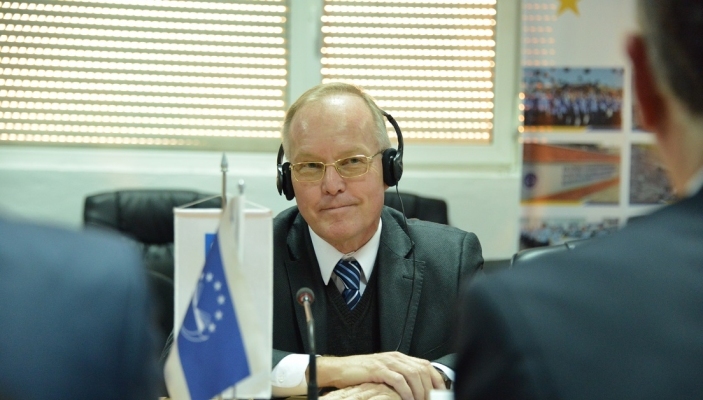 Vushtrri, 08 december 2016 – Head of the Organization for Security and Cooperation in Europe (OSCE) Mission in Kosovo, Ambassador Jan. Breaathu visited Kosovo Academy for Public Safety (KAPS), where he met with the Director General of the Academy Ismail Smakiqi.

Present at the meeting were Dean of the Safety Faculty Bejtush Gashi, Lieutenant Colonel Driton Zabergja, senior management of KAPS and experts of the Twinning Project of the European Union.

Director Smakiqi initially welcomed and wish successful mission in Kosovo to Ambassador Jan. Breaathu, then informed about development at the Academy. Smakiqi said that the OSCE is part of the history of the Academy since its establishment and continues to support it in all areas of training, as well as through numerous donations that support the Academy in its mission.

Director Smakiqi also spoke about the Twinning Project of the European Commission and emphasized that due to engagement and joint commitment of all parties involved in the project today we have bachelor studies at the Academy. He also spoke about the second twinning project which aims to improve education in safety institutions and functioning of the Institute for Research.

Speaking about the importance of education for law enforcement at the academy and the need for postgraduate studies Smakiqi also spoke about the last meeting with experts of the twinning project related to the feasibility report for the master's program expressing the vision of KAPS that in the near future offer postgraduate studies.

Smakiqi also spoke about the international cooperation and the participation of Academy in associations of European Police Colleges as well as international.

OSCE Ambassador in Kosovo Jan Breaathu was pleased with the work and the results achieved at the academy by thanking everyone for their work and commitment and saying that all these are stories of success not only for you but for the whole of Kosovo. Speaking about the initiative for offering master's programs at the academy he expressed unreserved support of the OSCE in finalizing this very important program for the safety institutions.

"I want to make clear that the OSCE will continue to support the Academy and Public Safety Agencies in their demands," said the Ambassador and added that "We highly appreciate the Academy for the achievements of these years, we expect to be strengthened and will support in its activities and projects especially in regional cooperation and beyond ".

In his speech Ake Roghe, director of the Department for Public Order and Safety in the OSCE said that we started from zero, and today the Academy is a very successful institution in the training of members of public safety and support of the OSCE for Academy will continue further.

Dean of the Faculty of Safety Bejtush Gashi spoke about the organization and management of studies at the academy showing once again the necessity for master studies for security institutions, considering the great risk that facing world today.

Lieutenant Colonel Driton Zabergja said that cooperation with the OSCE has been always excellent since its establishment until today, and expressed conviction that this cooperation will continue in future in training and support to the Kosovo Police.

In the end they visited the library within the Academy where some books are donated by the OSCE.