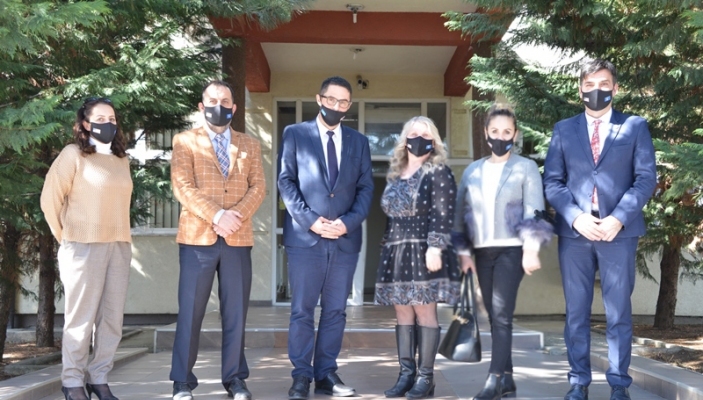 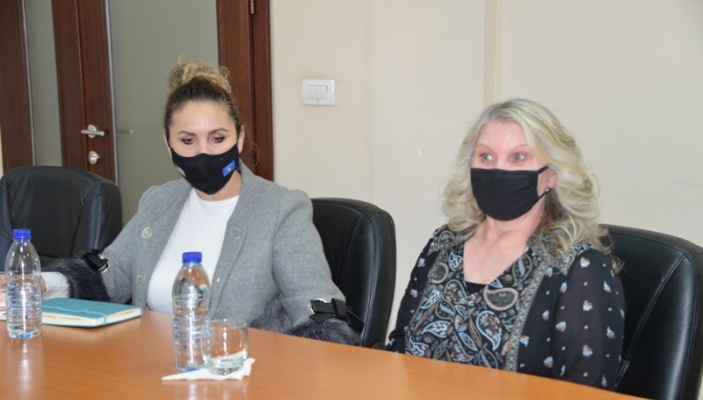 Vushtrri, 03 March 2021 - The General Director of the Kosovo Academy for Public Safety (KAPS) Arton Berisha met today with the US Embassy Pristina DOJ-ICITAP Attaché in Kosovo, Ms. Kimberly Riffe, where the topic of discussion was the deepening of cooperation between the Academy and ICITAP.

During the introductory meeting, Director Berisha assured that the mission and vision of the Academy would continue to maintain high standards of training and higher education for all public safety officers.

Expressing his commitment to continue the cooperation in the future, Director Berisha thanked ICITAP and Director Riffe for the continuous support that the US Embassy has given to Kosovo, in particular to the Academy.

Berisha said that ICITAP has been a long standing partner and assisted the Academy with realizing their goals and standards.

"Without the contribution of ICITAP, it would not be possible to think about the development of this Academy up to this stage, nor about the high level of achievement of international standards. ICITAP has continuously assisted the Academy in all its stages of development and still continues to be strongly supported, for which we are also grateful", said Berisha, saying that the Academy still needs help from its international partners such as ICITAP.

Further, during the meeting, the DOJ-ICITAP Attaché in Kosovo, Ms. Kimberly Riffe was informed about the re-accreditation process by IADLEST plans and implementation.

While the DOJ-ICITAP Program Attaché in Kosovo expressed her readiness to continue to support the Academy through the ICITAP program in the implementation of trainings for public safety officials, she stressed the importance of building law enforcement capacities in order to increase the safe environment and mutual trust between the communities living  in Kosovo.

"The goal of ICITAP is to assist the Academy to strengthen their ability to elevate the capabilities of their students in the Kosovo Police, Kosovo Correctional Service, Police Inspectorate, etc. Your responsibility for their development is essential to their success. KAPS can celebrate their own achievement in acquiring international accreditation while developing and elevating the skills and knowledge of
the institutions they serve and we see that continuing and enhanced in the future", said Ms. Riffe.