The scheduled meeting of the Academy Board was held 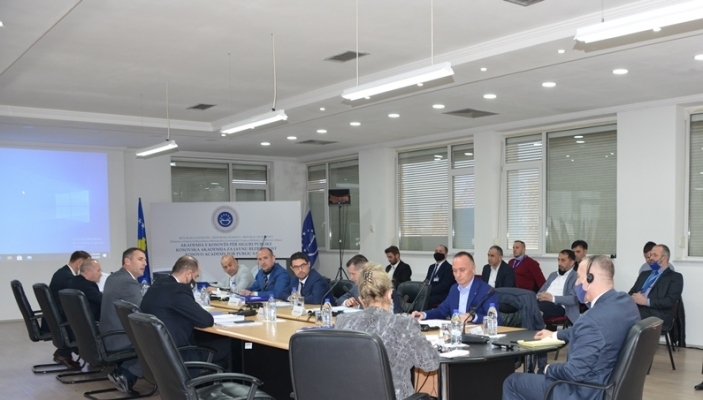 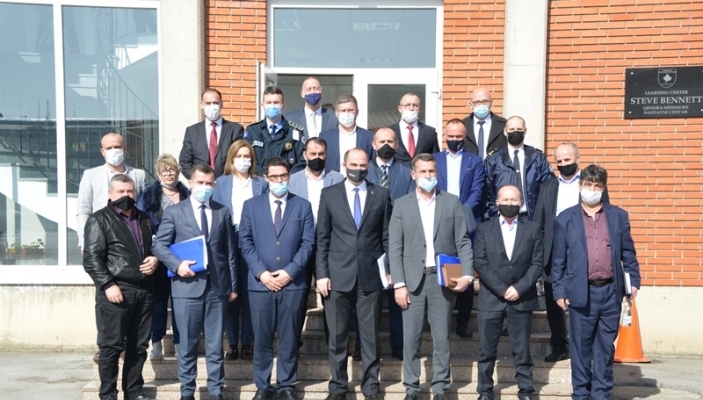 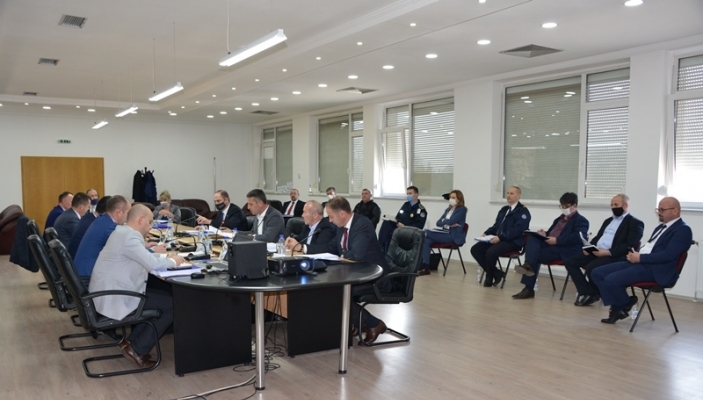 Vushtrri, 23 february  2021 – The Board of  Kosovo Academy for Public Safety today held the scheduled meeting where it was discussed about the training plan for members of public safety, and the trainings that will be held during 2021.

The Director of the Kosovo Academy for Public Safety, Arton Berisha, welcomed the board members, and said that purpose of the training plan is to plan, organizing and implementing a training needs analysis for public safety institutions.

"The training plan is a unique document of inclusion of all trainings planned on an annual basis through which an overview of training areas, training duration, target groups and the space for development of training," said Berisha.

Speaking about the trainings, Director Berisha assessed that the plan in question meets the needs addressed for participation in the foreseen and planned trainings based on the interests of the relevant public safety institutions.

"The training plan represents coordination and cooperation between the Academy, public safety institutions and international partners in the field of training, which increases the efficiency of public safety officers in the daily implementation of their duties," said Berisha.


Also in this meeting the annual work plan of the Academy was reviewed, for the year that we left behind.

Director Arton Berisha said that despite the situation of the Covid 19 pandemic, the Academy has managed to carry out almost all the planned activities, always respecting the measures set for protection by Covid.

While the Director of the Kosovo Correctional Service Nehat Thaçi congratulated the Academy for the work done so far.

The approval of the professional training curricula of public security institutions was also considered at the meeting of the board of the Academy.

Also during the meeting the chairman of the Board of Kosovo Academy for Public Safety Nehat Thaçi was re-elected.