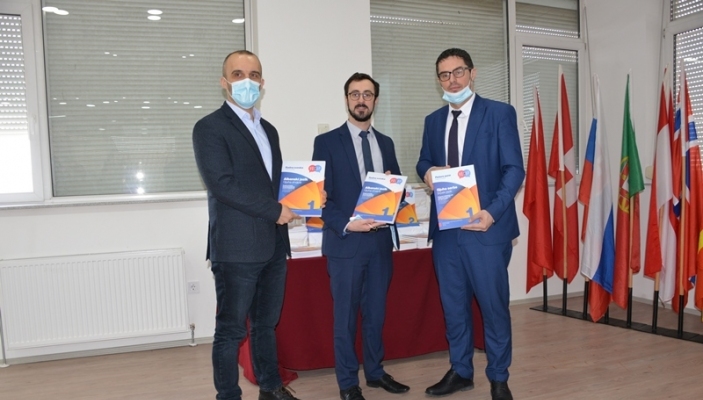 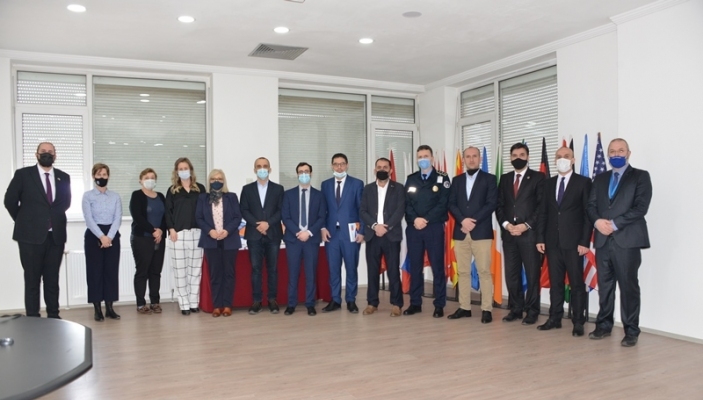 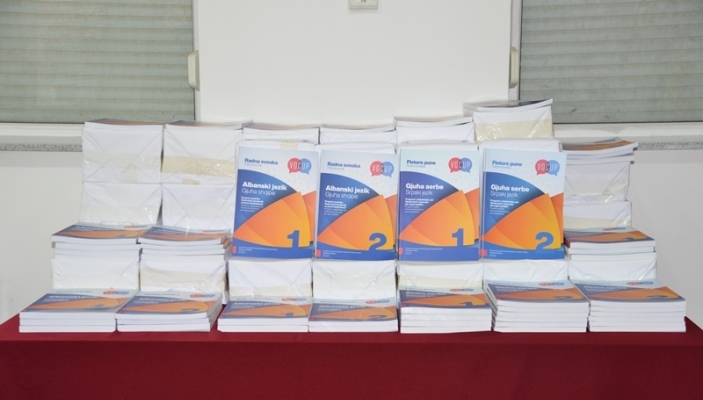 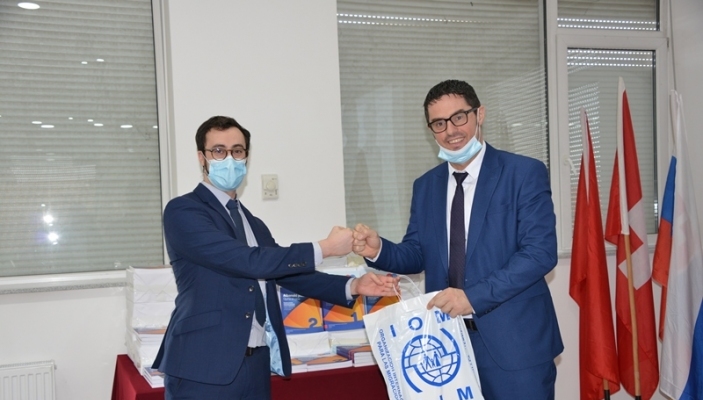 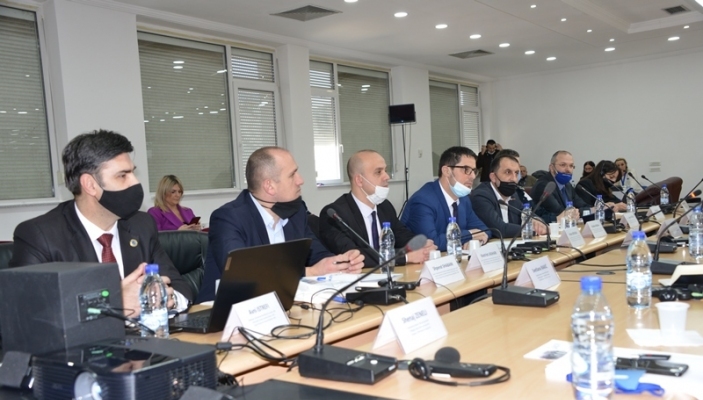 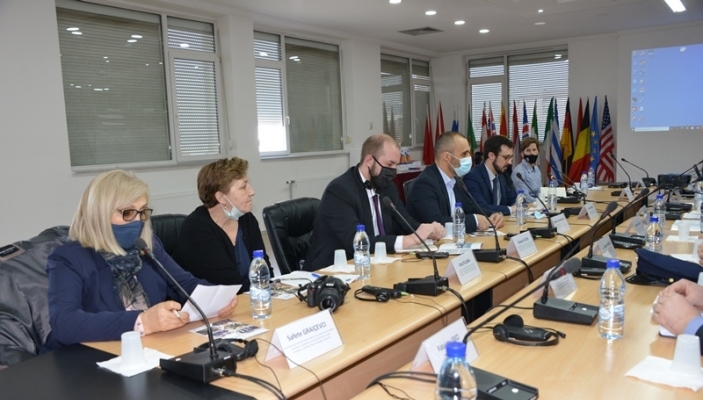 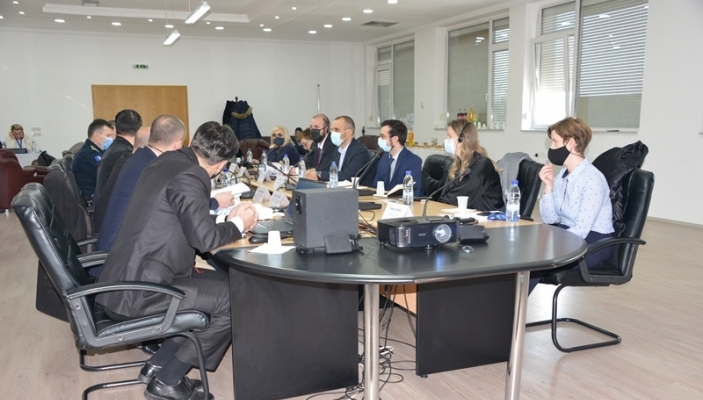 Vushtrri, 19 february 2020 –  Over 400 copies of the workbook "Support Program for the Kosovo Academy for Public Safety", for teaching Albanian and Serbian language were donated today to the Academy, by the British Embassy in Kosovo in cooperation with the Mission of International Organization for Migration ( IOM) and the Office of the Language Commissioner in Kosovo.

The donation ceremony of the workbooks and the online course for learning Albanian and Serbian language was attended by the Director of the Kosovo Academy for Public Safety Arton Berisha, the Deputy Ambassador of the British Embassy in Kosovo Jacob Webber, the Language Commissioner Slaviša Mladenović, Director of the Directorate for Basic Training of the Kosovo Police Agron Rukiqi and other senior officials from the Embassy, IOM, Office of the Language Commissioner, Academy, etc.

The purpose of this donation is to help public safety officials learn Albanian and Serbian in order to have easier communication.

The Director of the Kosovo Academy for Public Safety Arton Berisha thanked the Embassy of the United Kingdom in Kosovo, the IOM Mission in Kosovo and the Office of the Language Commissioner at the Office of the Prime Minister of the Republic of Kosovo for the donation. Director Berisha said that this donation is very important for the Academy and for public security officials in Kosovo.

"Workbooks and online courses for Albanian-speaking members of the Kosovo Police who do not speak Serbian and for those Serbian-speakers who do not speak Albanian will be a great help and contribution in terms of improving interethnic communication in Kosovo", Berisha also said,   that learning Albanian and Serbian language helps public security officials in performing their duties as efficiently as possible.

"This will also contribute to reducing all types of crime that Kosovo Police officials face every day, as communication skills at the required level are key to a more efficient and effective police engagement in carrying out of its duties and responsibilities", said Berisha.

He said that the Kosovo Academy for Public Safety is constantly committed to raising the level and increasing the quality of professional training, but also in higher education, not only for Kosovo Police officers, but also for all others from areas of law enforcement, such as customs officers, correctional service, probation service, police inspectors and those of emergency management.

"The Academy will be committed in raising the level of communication skills of law enforcement officers from all ethnic groups in Kosovo without distinction", said Berisha.
Berisha said that the donation of workbooks and online courses is very necessary in these times of pandemics, important and necessary in the era when communication is the key to success.

The Deputy Ambassador of the United Kingdom in Kosovo Jacob Webber said that since 2017 the Embassy and IMO have used the trainings on the online platform for learning Albanian and Serbian. He estimates that the number of those to learn Albanian and Serbian is increasing.

Speaking about the project that aims to teach the two languages in question, Albanian and Serbian, Ambassador Webber said that the lack of knowledge of languages between communities affects the quality of work and development of life. On this occasion, Ambassador Webber expressed his readiness to support the Academy and other public institutions in advancing and recognizing each other's languages.

While the Language Commissioner in the governement of Kosovo Slaviša  Mladenović has positively evaluated the cooperation with the academy.

"Submitting these books to improve the language of the cadets of the Security Academy does not mean that something is missing from the institutions or the Academy. In fact, this is seen as something positive that the Academy and public security institutions are almost even better in implementing their mandate", said Mladenović.

Mladenović said that the program in question enables better communication of members of public safety institutions with citizens of other communities.

"This will enable the full functioning of bilingualism in Kosovo institutions. This is a positive image for the institutions and for the Academy", said Mladenović