The regular Board meeting was held at the Academy 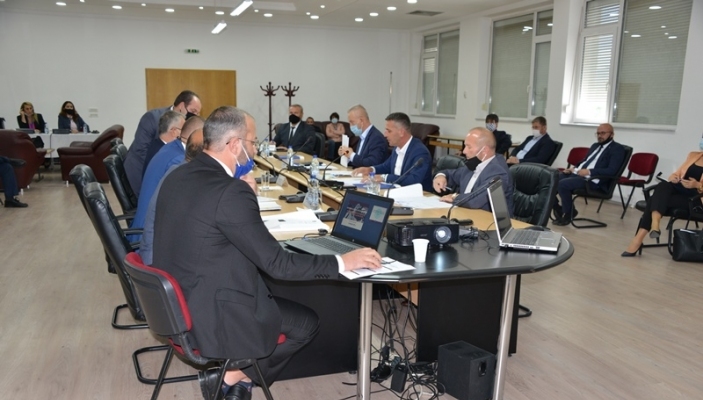 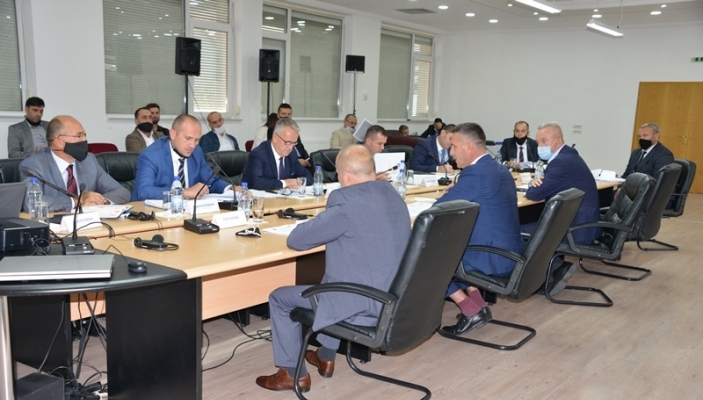 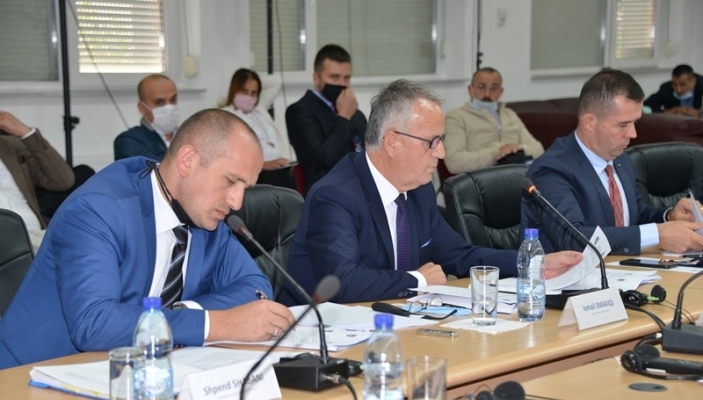 Vushtrri, 30 September 2020 - At the Kosovo Academy for Public Safety (KAPS), today the Board held the following meeting where the topic of discussion was issues related to the field of higher education  and training development for public safety officials.

By greeting the attendees chairperson of the Board Nehat Thaci initially requested to approve the agenda, for which points were discussed separately.

Meanwhile during the meeting the General Director of the Kosovo Academy for Public Safety presented the six-monthly work report of the Academy for the period January-June 2020.
Smakiqi said that although a pandemic time, thanks to professional commitment the Academy has managed to develop its activities in accordance with the prescribed rules.

“The achievements of the reporting work are as a result of the work of the staff of the Academy who have given their contribution either individually or in groups in performing responsibly and full professionalism of duties and simultaneously thanking for the work and the cooperation of safety institutions and international organizations which have supported us in achieving our successes ", said Smakiqi.

Director Smakiqi said that all activities and actions undertaken by the Academy are coordinated and presented through the annual work plan of KAPS for 2020, development strategy and action plan of KAPS 2019/2022.

"As a special achievement for this period we can single out:  Professional training New Police officer  55th generation with a total of 446 cadets; holding the seventh international conference ‘ Mobility Challenges in Transport and Public Safety’, organized by ‘Tempulli’ college in cooperation with the Academy; Signing cooperation agreements with ‘AAB College’ with ‘Kadri Zeka’ University, the signing of the cooperation agreement with the Academy of Law, the creation of the digital platform 'distance learning', etc.", said Smakiqi.

Also during the meeting was discussed about the progress of the competition process for the admission of students in basic bachelor studies for the academic year 2020/2021 at the Faculty of Public Safety.