The newly appointed Director of the Department of Public Order and Safety at the OSCE Edward T. Anderson visited Academy 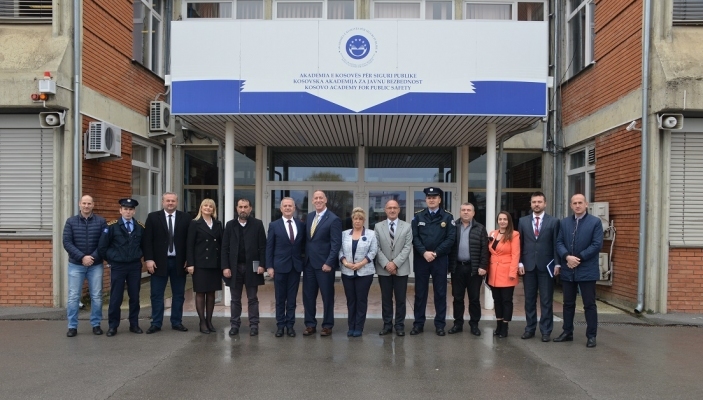 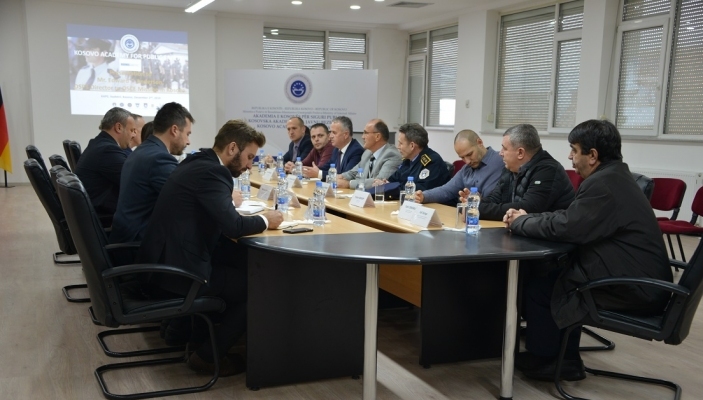 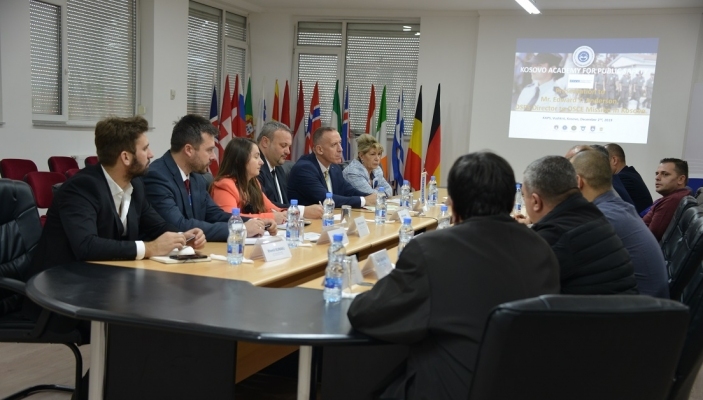 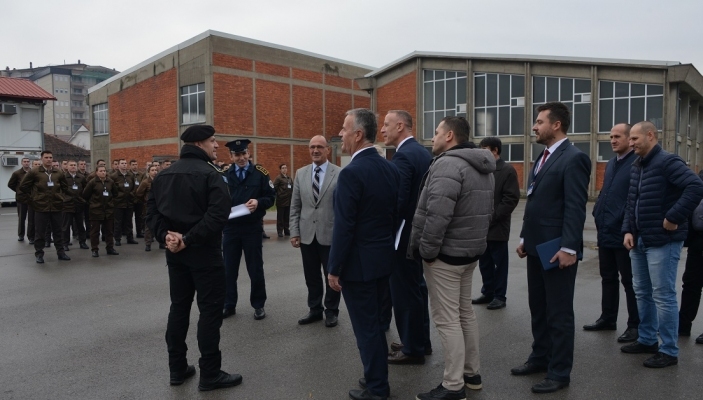 Vushtrri, 02 December 2019 - General Director of the Kosovo Academy for Public Safety Ismail Smakiqi, Dean of the Faculty of Public Safety at the Academy Bejtush Gashi, together with senior management and representatives of agencies hosted the newly appointed Director of the OSCE Department of Public Order and Safety Edward T. Anderson.

During this meeting, Director Smakiqi initially congratulated Edward T. Anderson on the new position and welcomed him to the Academy. Smakiqi then informed Anderson on the developments in the Academy, its history, training and important processes from its founding to date.

Director Smakiqi also spoke about the international cooperation that the Academy has and the on-going assistance provided by various institutions in particular the OSCE mission in Kosovo in the successes of the Academy, where he expressed his special thanks and hope that this cooperation will continue in the future.

Smakiqi also spoke about the accreditation by the International Association of Directors of Standards and Law Enforcement Training (IADLEST) of the United States of America.

The Dean of the Faculty of Public Safety, Bejtush Gashi in this meeting spoke about the progress of higher education in the Academy, noting also the contribution that international factors have made in this regard. Whereas the representatives of the agencies in the Academy emphasized that the cooperation is excellent and that the joint work and engagement are a success story based on the evaluation received KAPS from both outside and within the institutions.

While the newly appointed Director of the OSCE Department of Public Order and Safety Edward T. Anderson said, “the accreditation you have obtained from IADLEST of the United States is very important and you are fortunate to be part of this accreditation which very few countries achieved to get”, stressing that this has been achieved thanks to professional work in providing training and higher education to law enforcement.

He said, “The Academy is an example of cooperation and training in many different fields by taking advantage of the training provided by various international institutions and today you are a professional being an example to the countries of the region and beyond”.

Anderson thanked hospitality and expressed willingness to cooperate in the future.

At the end they also visited one of the classrooms where taking place  professional training of the 55th generation  for the new police officer  and the accompanying facilities where the training are held, where the instructors informed more broadly about these trainings.