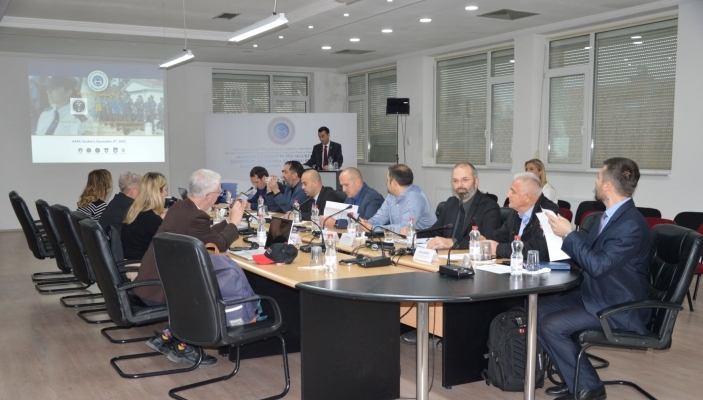 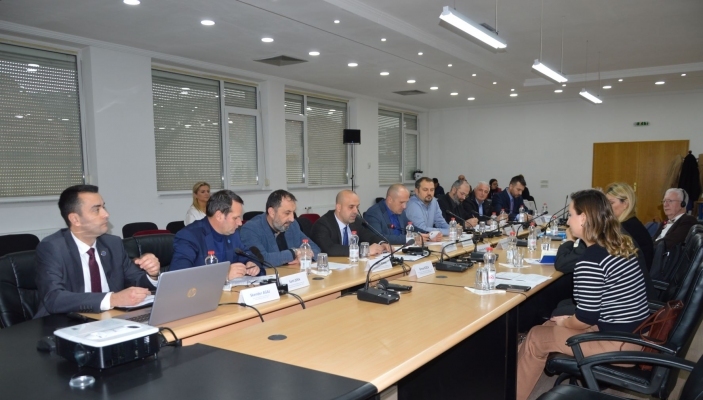 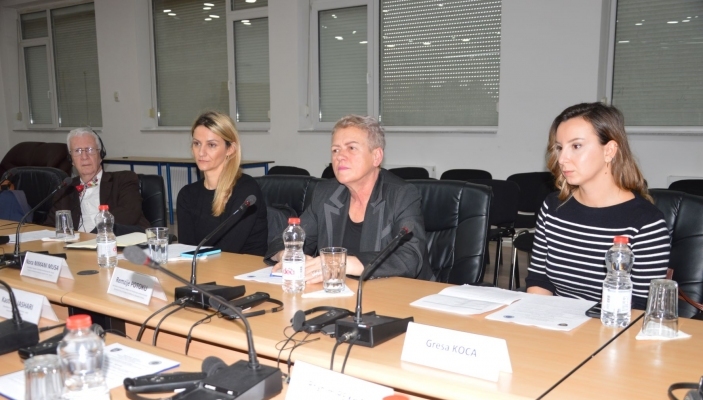 Vushtrri, December 6, 2022 - The Deputy General Director of the Kosovo Academy for Public Safety, Mr. Kastriot Jashari, hosted in a meeting today a delegation from  Embassy of the United States of America in Kosovo, consisting of Remzije Potoku, education policy specialist at this embassy, Gresë Koca, assistant  of public engagement and Nora Nimani Musa, program coordinator of the American Councils for International Education in Kosovo.

The purpose of the visit was to present the progress of the Cyber Investigation Exploration Project and to increase the cyber security of law enforcement  in Kosovo.

This project is being implemented for two weeks at the Academy through the Fullbright specialist program of the United States of America by Professor Michael Losavio from the University of Lousville, USA.

During this meeting, there was a discussion about cooperation and mutual partnership between the Kosovo Academy for Public Safety and the embassy of the United States of America in Kosovo in the field of education.

The focus of this meeting was the planned projects that will be realized at the Academy now and in the near future.

The deputy General Director of the Kosovo Academy for Public Security, Kastriot Jashari, welcome the delegation,  informing them about the developments at the Academy.

During this meeting, Jashari spoke about the trainings that are delivered at the Academy for the projects that have been realized, specifically about the project of exploring cyber investigation and increasing the cyber security of law enforcement in Kosovo, which is realizing with the support of the US Embassy in Kosovo.

On this occasion, he thanked all the related mechanisms of the USA for the realization of this project. Jashari thanked also Muhamed Gërxhaliu, an external expert who is voluntarily engaged to this project and the relevant working group of the Academy.

Speaking about the cooperation that the Academy has with the American embassy in Kosovo, specifically with ICITAP, Jashari said that the help of the USA is necessary for our country, meanwhile he expressed the hope that the cooperation with the USA will continue.

"I thank the United States of America for the contribution made to the Academy. The academy is in the function of training and higher education for all law enforcement officers in security institutions", said Jashari.

Whereas, Remzije Potoku, specialist for education policy at this embassy, highly appreciated the work in the realization of this project, hoping that the curriculum for investigation and cyber security at the initial level is completed very quickly as training for all law enforcement officers s in Kosovo.

She further expressed the support of the US Embassy in Kosovo for the expansion of this project and encouraged the high officials of the Academy, present at this meeting, to apply and benefit as much as possible from the US projects in the field of education dedicated to Kosovo.

Meanwhile, Nora Nimani Musa, coordinator of the program of the American Council for International Education in Kosovo, spoke about the progress of the initiation, realization and development of this project